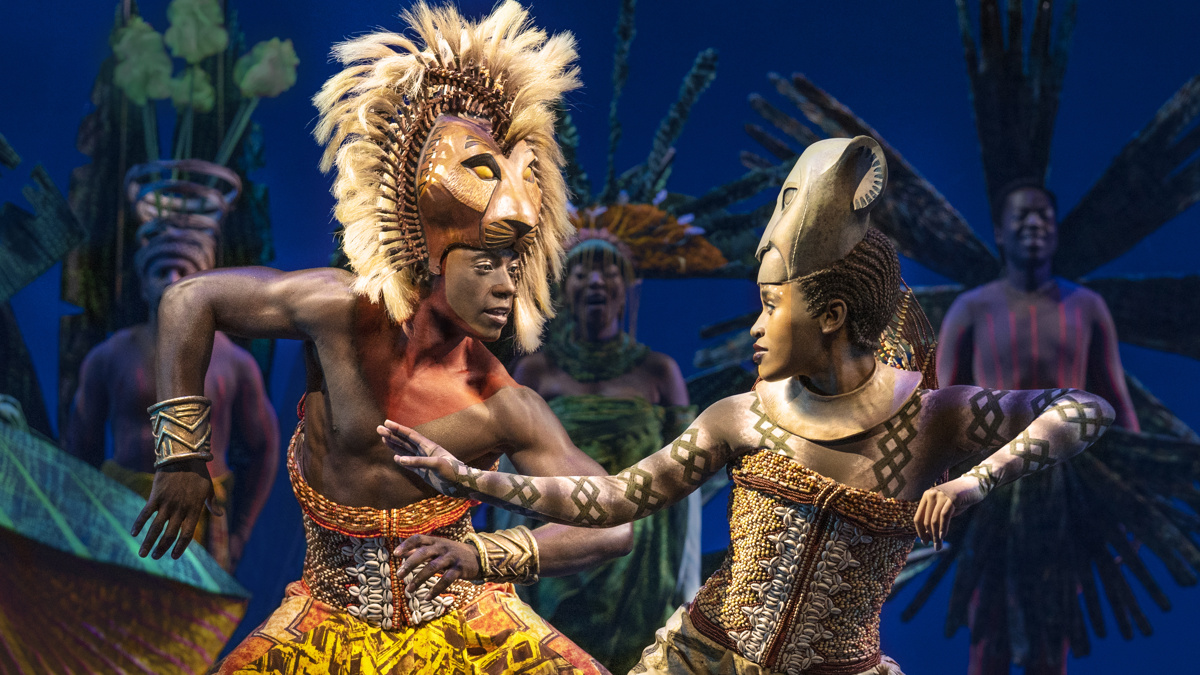 Audiences has been flocking to Pride Rock for almost 25 years, and The Lion King released new production photos to celebrate. The long-running Disney musical will celebrate the Broadway milestone on November 13. The current cast is led by  Brandon A. McCall as Simba, Stephen Carlile as Scar, L. Steven Taylor as Mufasa, Pearl Khwezi as Nala, Tshidi Manye as Rafiki, Cameron Pow as Zazu, Ben Jeffrey as Pumbaa, Fred Berman as Timon, James Brown-Orleans as Banzai, Bonita J. Hamilton as Shenzi and Robb Sapp as Ed. The Broadway production opened on November 13, 1997, and there have been 28 productions across the world. Currently there are nine productions of The Lion King playing on three continents. Check out the fresh photos below and head to the Minskoff Theatre to experience the magic for yourself.