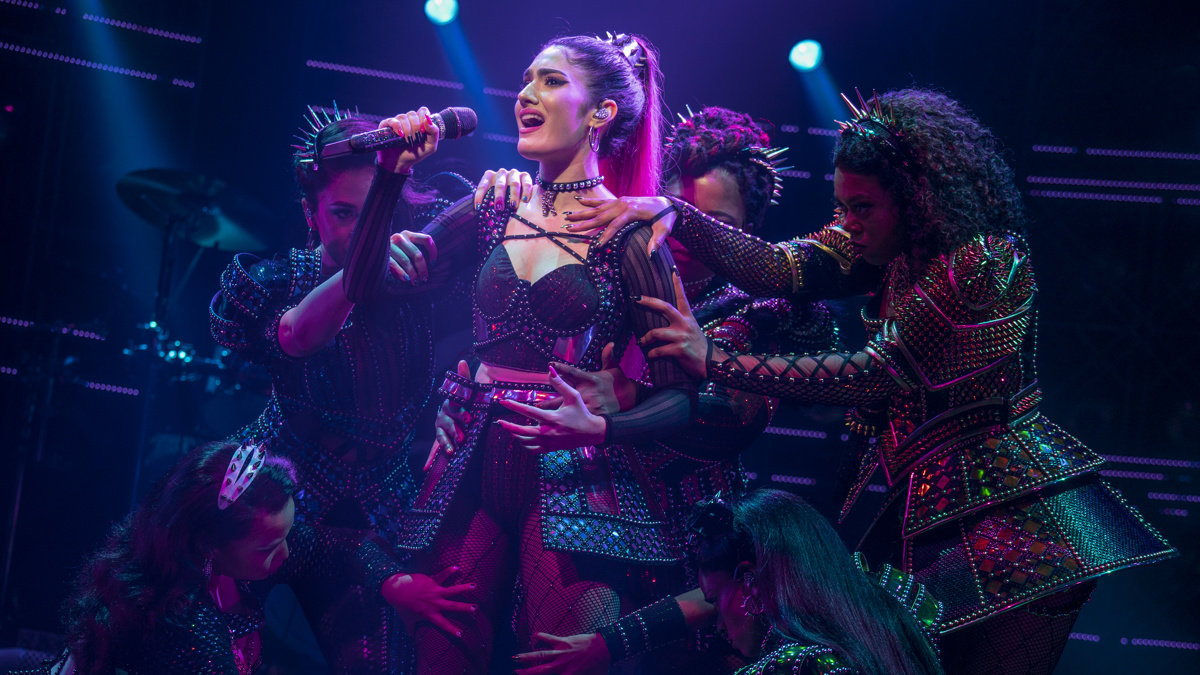 Ex-Wives Begin Their Reign! See Photos from the National Tour of Six

There’s n-n-n-n-no way audiences across the country are going to want to miss the national tour of Six. The production opens on April 12 in Chicago, and here’s a first look at the queens. The cast features Khaila Wilcoxon as Catherine of Aragon, Storm Lever as Anne Boleyn, Jasmine Forsberg as Jane Seymour, Olivia Donalson as Anna of Cleves, Didi Romero as Katherine Howard and Gabriela Carrillo as Catherine Parr. The company also includes Erin Ramirez, Cassie Silva, Kelsee Sweigard and Kelly Denice Taylor. See the stars in action in the  photos below, and see Six when it reigns supreme in a city near you!