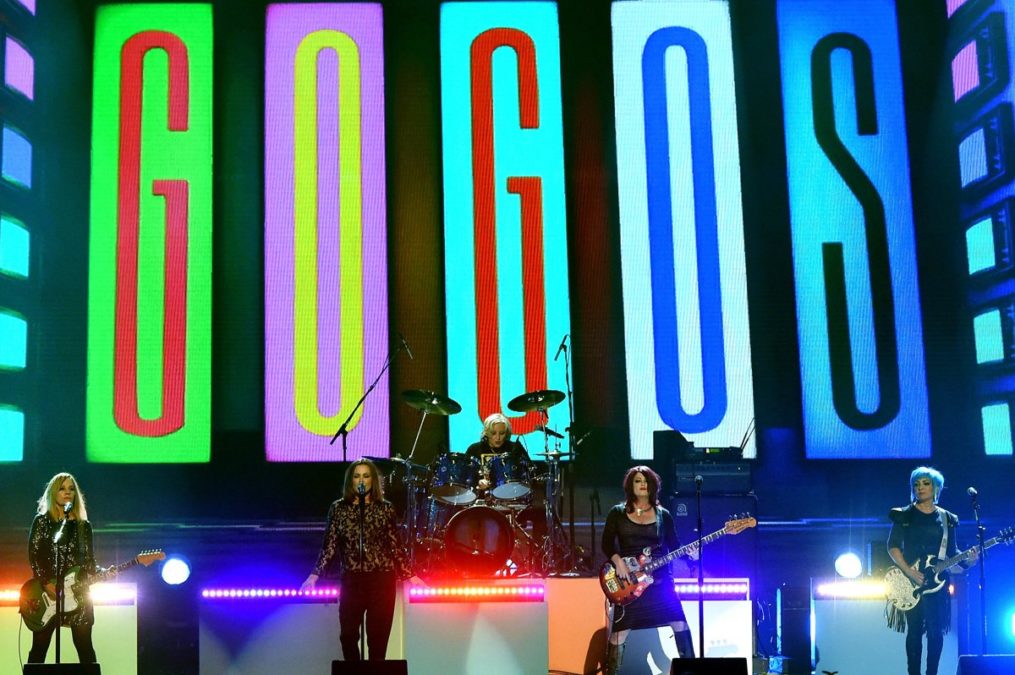 We got the beat! As previously speculated, Head Over Heels, the new musical featuring the iconic songs of The Go-Go's, has solidified plans for a Broadway premiere. The musical will play a theater to be announced during the 2018-2019 season. The production will first play an out-of-town engagement at San Francisco's Curran theater from April 24 through May 20, 2018. James Magruder has written the show's book (adapted from an original book by Avenue Q Tony winner Jeff Whitty), with Tony winner Michael Mayer (Hedwig and the Angry Inch) as the musical's director and Spencer Liff (Falsettos) as choreographer. Gwyneth Paltrow is onboard as one of the show's producers; Head Over Heels will mark the Oscar winner's first Broadway outing.

The Go-Go’s (Charlotte Caffey, Belinda Carlisle, Gina Schock, Jane Wiedlin and Kathy Valentine) said, “If you told us thirty years ago that our songs were going to be in a musical, we'd have said, ‘Of course they’ll be on Broadway!’ None of us would have really believed it, though—what a crazy idea! Yet here we are, with Head Over Heels—a celebration of love in all its forms, joyful, fun and full of heart, driven by the songs that for decades have been making people jump from their seats and dance.”

Michael Mayer told Broadway.com in an exclusive statement, "I think one of the coolest things about Head Over Heels is the rhythmic mash-up of the 1580s and the 1980s. Stories about love, power, sex and good government are often hilarious, and always timely. I’m very excited to bring this show to the brilliantly renovated Curran theater in San Francisco this spring."

Inspired by Sir Philip Sidney’s 16th-century pastoral romance Arcadia, the new musical is described as an Elizabethan love story turned on its head. There's a duke, a mysterious prophecy and two daughters: one mobbed by suitors, the other…not so much. All of this is set to the beat of 1980s pop icons the Go-Go's, including such hits as “We Got the Beat,” “Get Up and Go,” “Cool Jerk,” “Vacation,” “Our Lips Are Sealed,” “Lust to Love,” “Head Over Heels” and Belinda Carlisle’s solo hits “Mad About You” and “Heaven Is a Place on Earth.”

Originally fronted by Carlisle, the Go-Go's were the first and only all-female band who both wrote their own songs and played their own instruments to top the Billboard album charts. The internationally acclaimed pop hitmakers helped cement the foundation of the early-'80s pop-rock sound.

Head Over Heels made its world premiere under the direction of Ed Sylvanus Iskandar at the Oregon Shakespeare Festival in the summer of 2016.