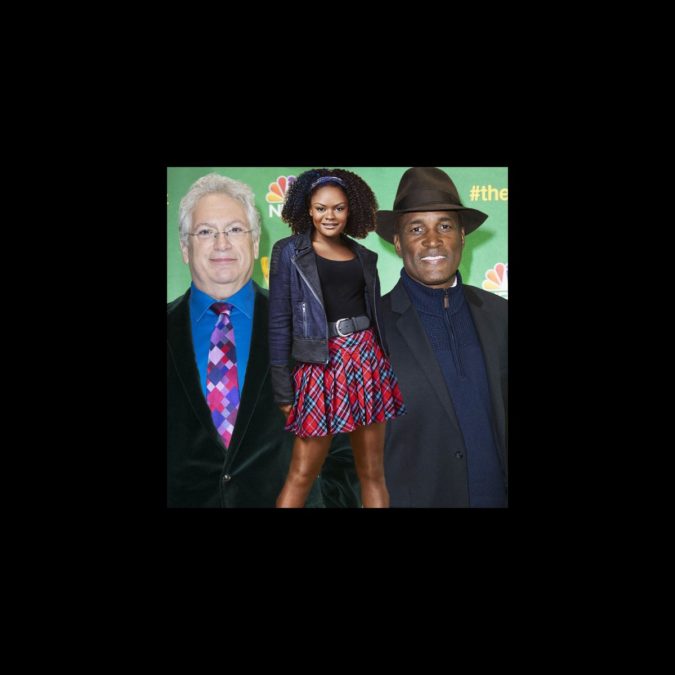 When NBC’s The Wiz Live! airs on December 3, viewers will meet a brand new Dorothy for a brand new day. The Kansas girl is no longer a victim of chance; she’s doing the Nae Nae; she even has a new song with her Ozian friends.

Tony winner Harvey Fierstein has revamped the musical’s book to tell a story apt for 2015, but his work extends past modernizing the dialogue. “There are certain questions I’ve always had,” he explained at a recent press event. “What is her journey? Is she just a victim? I made her in charge of her own life.”

In Fierstein’s new script, Dorothy—originally from Omaha—lives with her aunt (played by Stephanie Mills, The Wiz's original Dorothy) after her parents died. She misses Nebraska, but learns on her journey through Oz that home is where you love and are loved. There is purpose behind her actions that lead to that discovery.

“It’s very modern. It’s a girl trying to find out and where she belongs in 2015,” newcomer Shanice Williams, who takes on the seminal role for the telecast, explained. The 19-year-old had her own moment of questioning where home was just before booking this gig: “I went to school in Los Angeles and was like, ‘I do not belong here.’ I came [to New York] and auditioned for this the day after I got off the plane.”

With new autonomy comes some new moves. “We have every fun street dance that’s out there,” choreographer Fatima Robinson said. “We’re Hitting the Quan, we’re hitting the Nae Nae.” Arranger Stephen Oremus and music producer Harvey Mason Jr. were tasked with creating a new sound for said steps. “We have a hybrid of all the different musical styles that feels modern, but also honors the score,” said Oremus. Skeptical? Williams assured us it’s done “in the classiest way. It’s not gonna be ratchet!”

Oremus and Mason Jr. also collaborated with Ne-Yo and Elijah Kelley—NBC’s Tin Man and Scarecrow, respectively—to introduce a new song roughly halfway through the presentation. The number, titled “We Got It,” features Dorothy rallying her newfound companions as they set out to kill the wicked witch Evillene.

Ne-Yo and Mason Jr., both Grammy winners for R&B (as performer and producer, respectively), understood the challenge of adapting to a new medium. “There’s a difference between that style of writing [for radio] and writing for theater. The storytelling element has to be kicked up,” explained Ne-Yo.

Mason Jr. still has hit-making on his mind, though he’s careful not to compromise the number’s context: “It’s telling a great story. A song like this would be a bit of a long-shot at radio, but it’s the kind of thing that could stand out.”

For director Kenny Leon, this is an opportunity to expand a theatergoing audience to millions of spectators in just one night. Whether they are coming in as fans of the original musical, the 1978 film or the new all-star cast, he wants to make this an experience specific to today, and that’s just what he hopes these changes do.

“I tried to honor [book writer] William Brown, [Broadway director] Geoffrey Holder and [composer] Charlie Smalls, but I’m also trying to address it for now,” Leon said. When they turn the TV off at 11 o’clock, I want people to talk about what it meant to their lives.”

All of these alterations were made especially for the telecast, but with the intention to incorporate them in a forthcoming Broadway revival, slated for the 2016-17 season. “We’re thinking in terms of the proscenium,” producer Neil Meron said, looking ahead. “‘Oh, this would work on Broadway. Will these costumes work? The choreography? Harvey’s script?’ All of that has a dual purpose.”

There may be pressure—and some big silver shoes to fill—but Williams has undoubtedly found a new home on the stage and screen. And a new family as well: “She asked me if she could call me Uncle Kenny,” Leon said. “I said yes.”

And what does the original Dorothy have to say about her latest successor? “I had to find a way and make it mine; now she’s finding her way,” said Mills. “She’s delicious as Dorothy. She’s a star. Her Yellow Brick Road is going to be gold.”