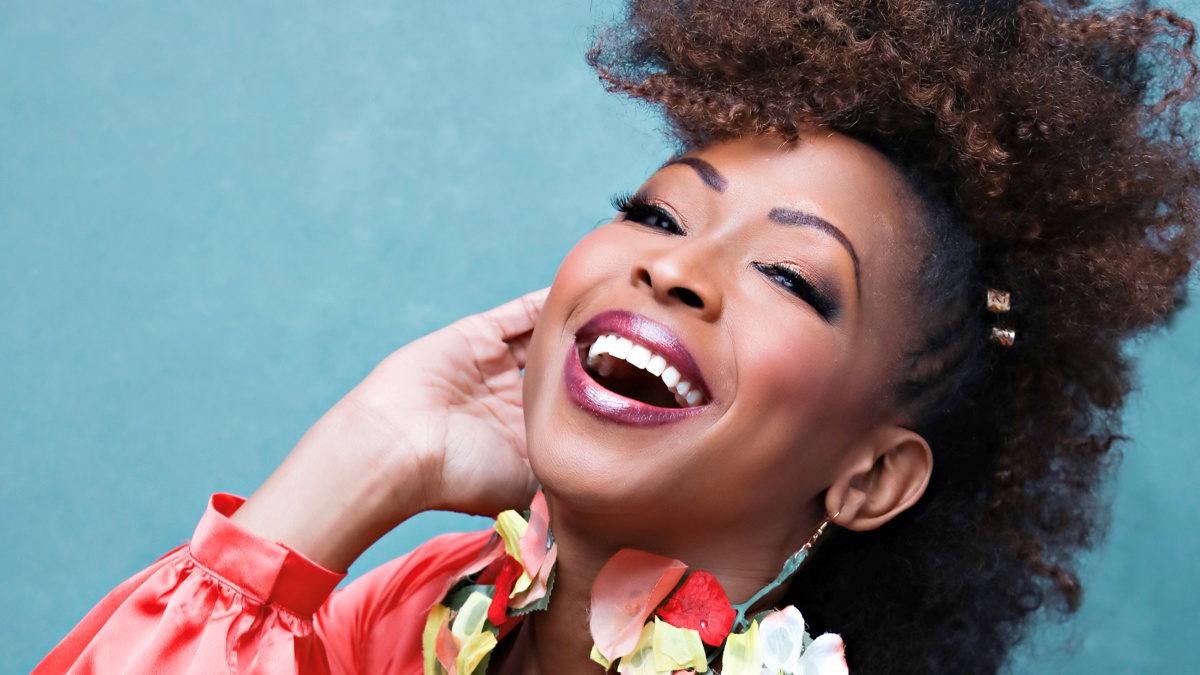 N’Kenge Talks Flying High as The Moon in Caroline, or Change

Jeanine Tesori and Tony Kushner’s musical Caroline, or Change is back on Broadway for its first-ever revival and with it comes Broadway’s N’Kenge as The Moon. Broadway.com correspondent Charlie Cooper sat down with N’Kenge at the Renaissance Hotel in Times Square to chat about her time high in the sky during the musical, the show’s legacy and more.

N’Kenge spends a majority of her time on stage lifted above the cast. “It’s kind of like a out of body experience,” she said. “I’m singing to them, and then there are moments where I’m still on stage and the lights are on me and I’m taking it in. Being in this space makes me feel like I can reach out and touch the people in the mezzanine. It’s really magical. As The Moon I’m trying to bring guidance and warmth to Caroline and all the other characters that play an integral part of her journey. To be able to do that from afar but also still feel very connected to her—it’s a role that I’ve never been able to do before.”

N’Kenge has previously appeared on Broadway in Sondheim on Sondheim and Motown, and adding Caroline, or Change to her resume marks a personal milestone. “Caroline, or Change is about a Black woman in the 1960s, and it reminds me of my own mom and our struggles as Black women,” she said. “These struggles and these lessons that we learn, we pass on to our children and children’s children. Just knowing that I was being considered for this show was really important to me to want to be a part of it.”

Watch the interview below, and head here to check your local listings for The Broadway Show. Hosted by Emmy-winning anchor Tamsen Fadal, it is the only nationally syndicated weekly theater news program.