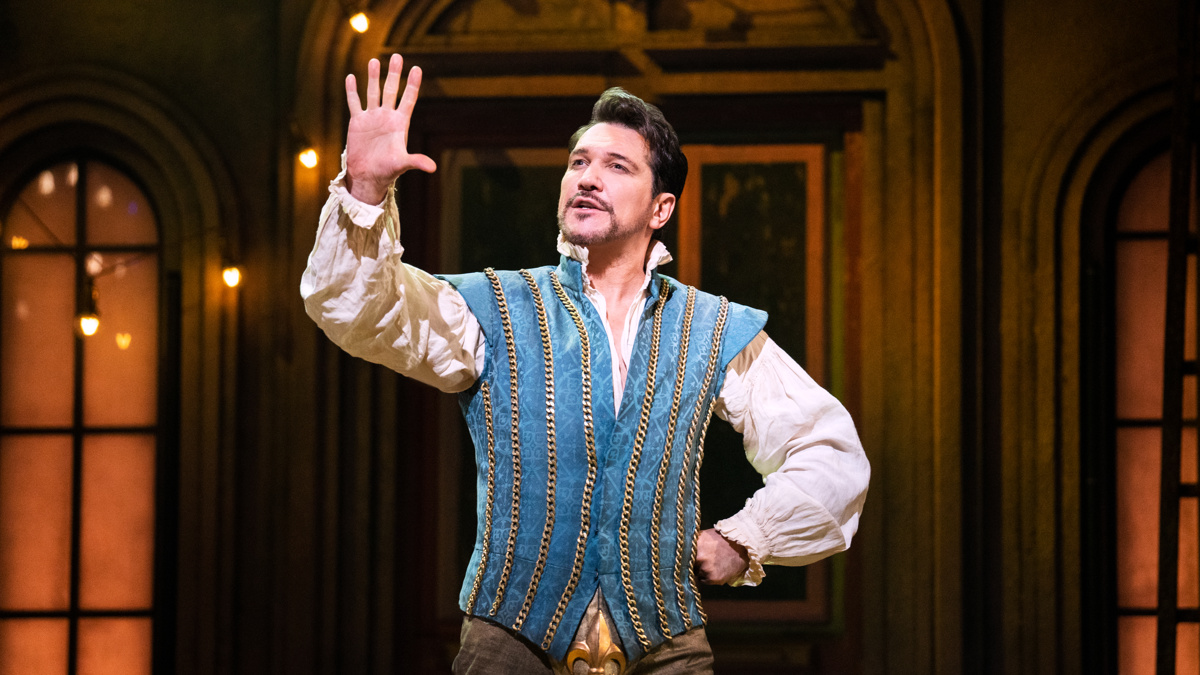 The Shakespearean tragedy Romeo and Juliet gets a pop music twist in the new Broadway musical & Juliet, which imagines what would happen next if Juliet hadn’t ended it all over Romeo. In the show, Tony winner Paulo Szot steps into the spotlight as Lance, a father on the brink of figuring out his relationship with his son. & Juliet is now playing at the Sondheim Theatre and opens on November 17. Szot sat down with The Broadway Show host Tamsen Fadal at citizenM to talk about bringing his opera experience to the pop musical, getting to sing Katy Perry’s “Teenage Dream” in the show and more.

“It’s a show about respect about having all kinds of people and seeing them for being just people,” Szot said. “One of the reasons why I wanted to take this is because I play a father to a son that needs his father to see him for what he is. It was an opportunity to play one of those dads that are out there still. It made me think if we are in 2022, and if kids are still struggling with their parents not seeing for who they are, I want to contribute and to tell that story.”

Szot, who won a Tony Award for his performance as Emile de Becque in South Pacific, is known for his international career as an operatic baritone with the Metropolitan Opera. & Juliet features the pop music catalog of mega producer Max Martin, and Szot was hesitant at first to bring his full voice to the character. “When we first started to rehearse I thought because the character is French, I’d bring this French voice speaking and singing voice,” he said. “Our music supervisor said, ‘No, bring your operatic voice.’ And I said, ‘I’m on it.’ And it works! It’s very, very funny.”

With an impressive resume of both theater and opera work, Szot knows his audience. “The operatic crowd wants to listen to the music and they usually don’t don’t do any kind of noise,” he said. “Not that the Broadway crowd doesn’t want to listen to the music and to the story, but they want to participate. In this show, we welcome people from the first moment to be inserted on the stage and and in the story. It’s very nice to have people singing along.”

Check out the interview below and head here to check your local listings for The Broadway Show. Hosted by Emmy-winning anchor Tamsen Fadal, it is the only nationally syndicated weekly theater news program.