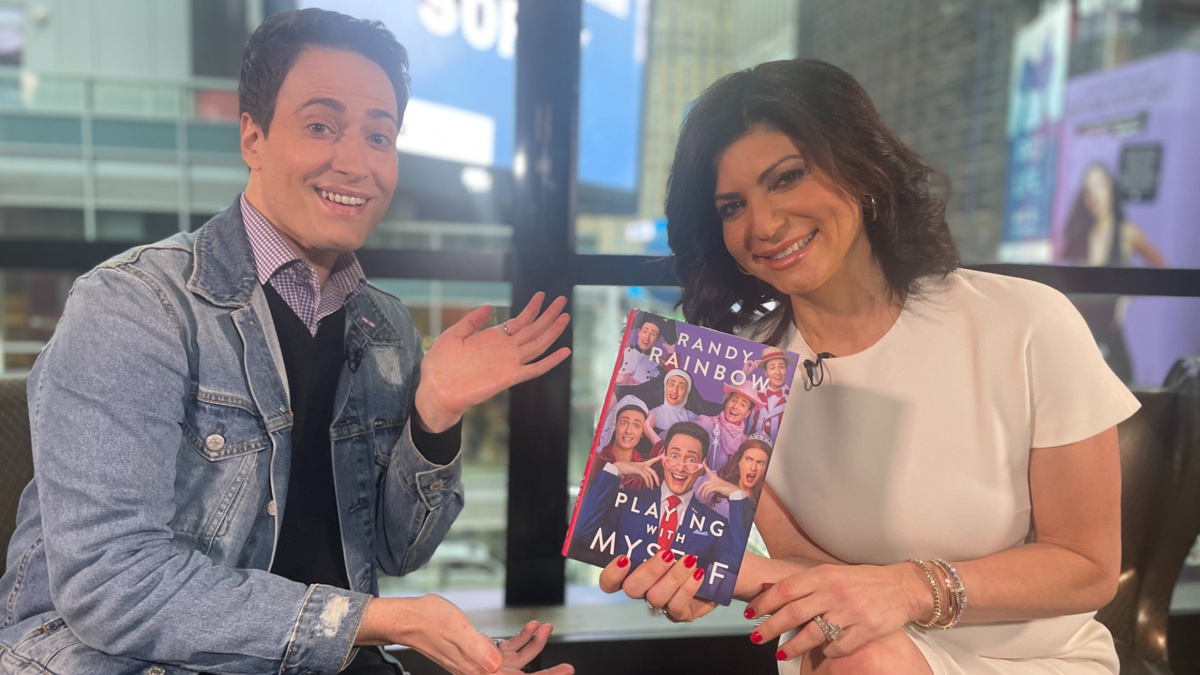 Randy Rainbow on Making a Career Out of Going Viral: ‘I Really Just Want to Be Carol Burnett’

Randy Rainbow doesn’t just make headlines—he studies them carefully and adds musical theater flair. This has resulted in over 700,000 YouTube subscribers, a massive social media following and a career in parodying politics. On a recent episode of The Broadway Show, Rainbow sat down at The Renaissance Hotel in New York City with host Tamsen Fadal to talk about his new memoir Playing with Myself, his creative process and the true motivation behind becoming an Internet sensation.

“It really never was on my list of dreams,” Rainbow said about writing a book. “Ten years ago, I was on the floor in my little studio apartment in Astoria, Queens, saying, ‘What the hell am I doing? What am I trying to do?’ I—for some reason—stuck to my guns and listened to the little voice in my head that said, ‘Keep going.’ If you just listen to your instincts and you persevere and you stick around long enough, stuff starts to happen.”

Playing with Myself has already made The New York Times best-seller list, and Rainbow is on the road doing live shows as part of his Pink Glasses Tour. He told Fadal he is in the process of launching a podcast, produced by Sean Hayes. “My work is not politically motivated, so people might find that surprising,” he said. “It’s certainly politically themed, so I do have to watch the news and be up on what’s going on in the world. But what gets me out of bed, to make the thing—I really just want to be Carol Burnett. I’m putting on a show and hopefully, at the end of the day, even if you don’t agree with me, I’m not gonna have you over for a drink, but you’ll be a little bit entertained for three-and-a-half minutes by my little folly. This is just driven by passion and me having a great time playing dress-up. I think that’s what resonates with people.”

Watch the interview below, and head here to check your local listings for The Broadway Show. Hosted by Emmy-winning anchor Tamsen Fadal, it is the only nationally syndicated weekly theater news program.