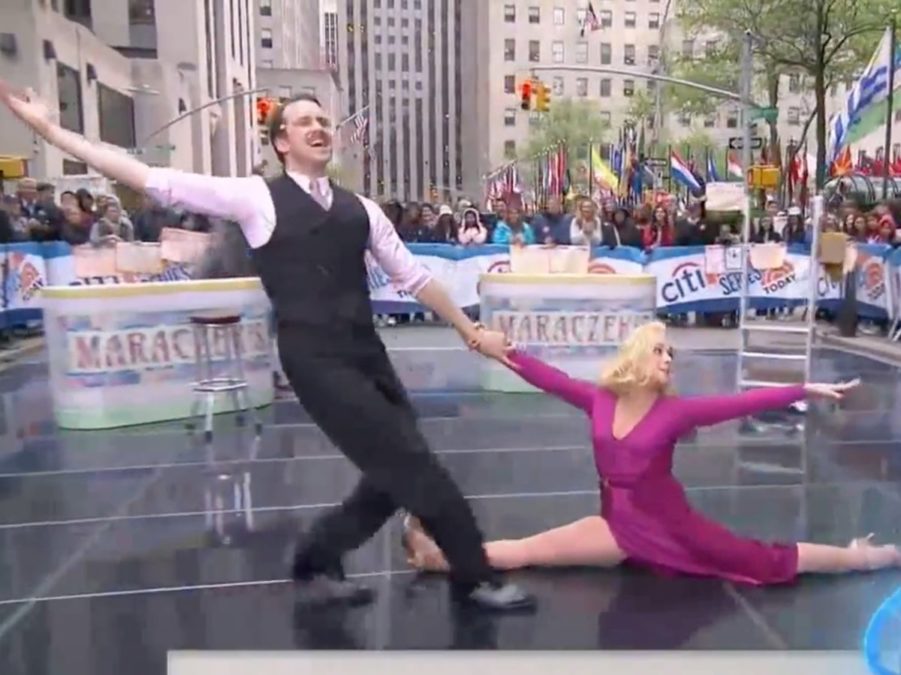 Well, this is one way to wake up. She Loves Me picked up eight Tony nominations this week including Best Revival and Best Supporting Actress in a Musical for Jane Krakowski. The stage and screen star, along with costar Gavin Creel, stopped by The Today Show on May 5 to chat about—and perform a number from—the tuner. "We're having such a wonderful, joyful, time over at Studio 54," said Krakowski. "She's a dream," Creel added. "We're having a great time together." Check out their delicious "Ilona" below (including Krakowski's now infamous splits); the production, also starring 2016 Tony nominees Laura Benanti and Zachary Levi, is running through July 10.