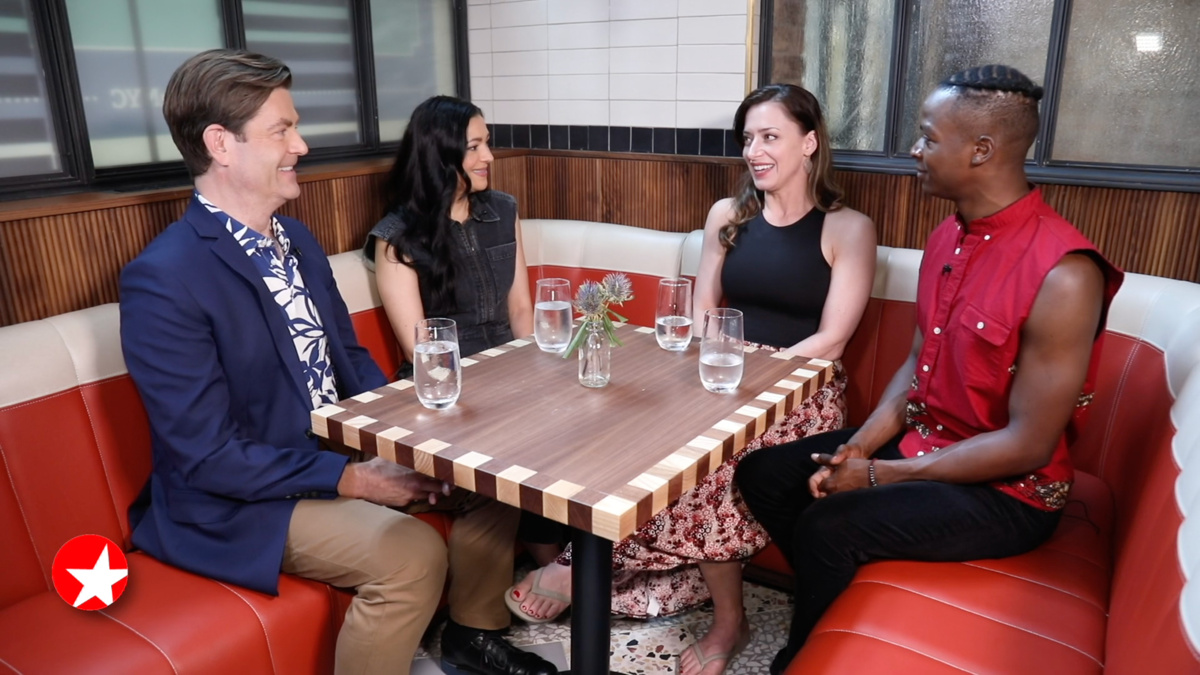 Members of the Broadway community will tell you that swings, standbys and understudies are the hardest-working people in show business. They are prepared to step into the spotlight at a moment’s notice and may play two different roles from one day to the next or even between a matinee and an evening show. On December 23, 2021, The Music Man star Hugh Jackman shed a light on this, when—just four previews into the hit revival’s run—he took the stage at the Winter Garden Theatre following a performance to pay tribute to Kathy Voytko, who went on for Marian Paroo after star Sutton Foster tested positive for COVID-19. Captured on video, his speech went viral. On a recent episode of The Broadway Show, Broadway.com Editor-in-Chief Paul Wontorek sat down at the Civilian Hotel with three performers who ensure the show always goes on: Voytko, Wicked’s longtime Elphaba standby Jennifer DiNoia and MJ standby Aramie Payton.

Voytko said that Jackman’s speech contributed to public discussion about the value of those who keep a show going, especially in a world affected by a pandemic. “People who’ve known me for 20 years said, ‘Wait a minute. What’s a swing? What do you do?'” she said. “I’m grateful to Hugh that he brought some knowledge to the general public that that [job] exists.”

DiNoia has appeared as Elphaba both on Broadway and on the national tour of Wicked. She started in the Chicago production as a swing. “I knew all nine female ensemble tracks. I didn’t understudy Elphaba or Nessa. That came later,” she said, noting that while the timing of her performances may be sporadic, she feels confident in her portrayal of the lead role. “At Wicked, they encourage us to be in the moment as ourselves through the character.” Her record for getting green as Elphaba at a moment’s notice is seven minutes!

In addition to stepping in for Tony winner Myles Frost, Payton also bears the weight of playing music icon Michael Jackson. He stands by for both the role played by Frost and for middle Michael, played by Tavon Olds-Sample. (He has even played both in the span of one day.) “I welcome [the pressure] actually. The task makes me excited. I feel like it strengthens me in some way,” he said. “For me, I love the community aspect of theater, so it gives me that chance to be like, ‘I’m a part of this community’ or ‘I contribute to this community—even if it’s for this moment.'”

Watch the roundtable below, and head here to check your local listings for The Broadway Show. Hosted by Emmy-winning anchor Tamsen Fadal, it is the only nationally syndicated weekly theater news program.